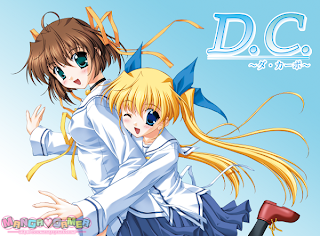 Until recently, VNs that had an anime adaption were considered out of reach for official English release due to the fact that its popularity would up the price of licensing to where a company like JAST USA wouldn’t want to take the financial risk. That all changed when on December 25, 2008 (technically January 20, 2009 since the initial release had to be pulled for bug extermination) newcomer Mangagmer released Circus’ Da Capo. Both the game and anime had developed quite the fan following over the years before, and a playthrough of the game shows why. To put it simply, Da Capo is a romantic comedy with supernatural elements that doesn’t try to be anymore than it is, yet somehow succeeds in making you enjoy the characters and setting even as each route takes its dramatic turn for its respective heroine. This folks, is the eroge that started a series that would be known for having more fan disks than any other eroge series.


Pros: Well drawn artwork from character sprites to background, good music that does a good job to set the mood of the story, likable characters all around, good story, subtle mystery about the setting.


Cons: Game has a slightly dated feel as VNs go, choosing some things like what time Junichi wakes up so as to meet certain characters can make the plot feel disjointed if you don’t use a walkthrough, Mako’s route ends rather abruptly.


WTF: Sadly, we don’t get to find out what happened next: 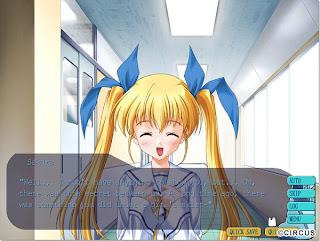 In Da Capo, you play as Junichi Asakura, a typical, though somewhat lazy, student. As graduation nears, Junichi starts to develop a relationship with one of the girls in his circle of friends. The story for Da Capo is essentially that of a light hearted romantic comedy for most of the game. You’re presented with several choices as Junichi, most of them having to do with what time he wakes up and what locations on the island he visits which determine which of the characters (mainly the heroines) he’ll interact with. You are also presented with dialogue choices, but they’re initially few and far between but become more numerous later when you’re well into one of the heroine’s routes. 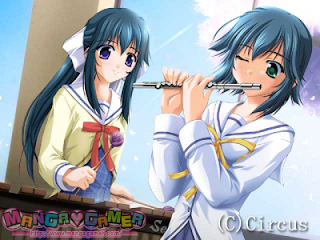 Now to be honest, Da Capo isn’t much more than a romantic comedy with supernatural elements subtly included into the plot and drama as we get deeper into each heroine’s route. This is a plot structure that is pretty much common in your standard light themed eroge. Yet despite this, Da Capo makes it work. Yes, the characters are the kind you’ve seen before in if not a VN then in many anime series, but they’re portrayed in a way that makes them likable and as a result you can forgive that. These likable characters help to insure that you enjoy their respective stories, you’re drawn into the relationship Junichi makes with the heroines, you’re entertained by the interactions between the characters, the drama of each heroine’s route comes almost as expected and yet it doesn’t feel out of place in light of all the light hearted stuff from before and as a result you get interested in the cause behind the conflict that occurs as a result finally feel satisfaction at the ultimate resolution. 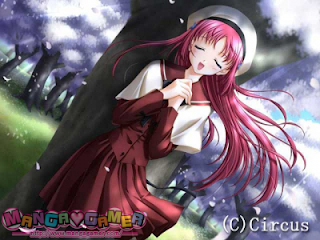 ﻿
﻿
﻿
Now so Kotori fans don’t bite my head off, let me say this: I like Nemu and Kotori equally. They’re both good characters and when it comes to the relationship they form with Junichi in their respective routes, I find theirs to be the most memorable. The deciding factor for me is how the story for their routes is told and to me Nemu’s route just has a little more substance than Kotori’s. That may be corrected in the expanded editions and fandiscs (I’ll get to Kotori Love ExP eventually), but my judgment is based on this game.


Another element of the story that I like a lot is how well the setting and story go together. Rather than being just the place where the story takes place, there exists a subtle mystery about the island and the supernatural elements around it that somehow make even the oddest things that are shown in the story seem plausible. While hints are given about this, nothing absolutely clear about the island and the supernatural elements within it are explained. A short extra scenario simply called D.C. is unlocked after completing enough routes that answers a few questions along with a few revelations if you’ve been paying attention to the story, but the overall mysteries still remain. This is actually a good thing in my opinion because, the supernatural stuff is presented in a subtle way, as if it were an element of nature, something that we can learn more about but still not be able to fully understand it. It’s this complexity about the setting is what sets Da Capo apart from the standard VN.


I will admit though that there are a few flaws in this game’s plot. It can feel disjointed if you don’t have Junichi go to the right location or wake up at the right time, so you may want to use a walkthrough to avoid confusion. Another problem, bit of a spoiler here, would be Mako’s route. While the other heroine’s have longer and complete routes, Mako’s route is significantly shorter and even feels unfinished due to the abrupt ending.


What could be a minor flaw is determining which heroine Junichi interacts with, which is done through choosing what time he wakes up and what areas he visits. Because there isn’t anything to tell you when and where the heroines are you’ll find yourself experimenting through saving and loading or using a walkthrough. 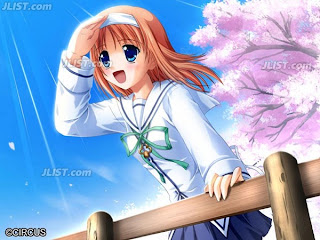 When it comes to presentation, the artwork for this game is very good, be it for the character sprites or the CGs. Admittedly it does look a little dated compared to the artwork of today, especially if you take a look at the artwork for the more recent Da Capo games and you’ll see differences, but I think it gives the game a more classy feel than detract anything. The music is also good, while it pretty much does its job in establishing the feel of the story, you really notice just how well it does this in the scenes that are important story wise be it the revelation of an important plot element or the dramatic climax of the route that you’re playing.


As for the ero scenes, they’re fine. The artwork’s alright and for the most part it’s well timed in the story, but nothing particularly great.


In Conclusion: Da Capo is an enjoyable romantic comedy with a subtle and mysterious bit of the supernatural integrated into the plot. It may not be the most original of eroge in the story department and not the best, it still makes for an enjoyable experience and also may very well get you interested in trying out the many spinoffs and expansions that this series has created (assuming anymore get localized). It’s also not very long as VNs go, taking from 10-30 hours to complete depending on your reading speed, and considering Mangagamer dropped the price to a much more affordable amount, I can definitely recommend this for a purchase.


On a side note, physical copies of this game can be bought at J List due to a new partnership between them and MG so if you’d rather have that than a digital copy, then here’s the link (bear in mind that they’re only selling the limited edition copies so that plus the cost of shipping will cost you more than the digital copies, just to let you know…and in case you’re wondering I’m a dork enough to own both):


As for the anime, I can’t really say much about it since I haven’t seen it. The general opinion seems to be that it’s either okay or not very good, but from what I’ve read it doesn’t seem worth the time, especially since a lot of episodes seem to focus on a character that isn’t in this game or even the expanded edition (at least where I can see) but in the expanded edition of the second game. I will say that both openings for the anime are better than the game’s though.
Posted by BookwormOtaku at 5:16 PM