Games for Adults Halloween Special: The Top 5 Things Lune Should do With the Kansen Series

Top 5 Things Lune Should do With the Kansen Series 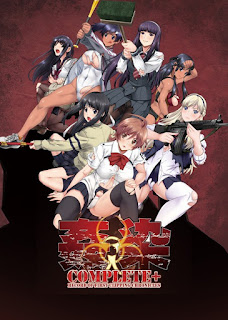 Been a while folks, but I'm back and in time to wish you all a Happy Halloween and what better a way to celebrate than with something Kansen related? I know there hasn't been a new game announced, but the acquisition of the franchise by renowned eroge company Lune and the release of another OVA for Kansen 5 (which while not perfect I will say is superior to the first pair) is a sign that the series may be rising from the grave sooner or later. So that end here's a little wish list of things Lune should do with their newly acquired series*.

*Edit: Yeah, due to bad info gathering on my part (and wanting to get this out in time for Halloween , I've found out  that the connection between Lune and Speed is the former basically just acts as a selling proxy for them and I assumed they'd merged. My bad, but still please enjoy the list. 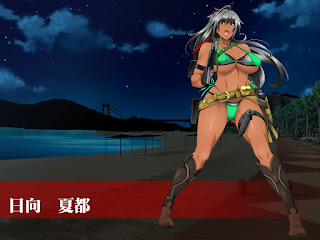 Honorable Mention: More Games With Winnable Older Heroines
This one's an honorable mention since this goes along with some of my other hopes for the series' future on this list, but it's still something I feel should be addressed. From Kansen 2 onwards (as I can understand Risa not being winnable for story reasons(same can be said for Kansen 4's Saeko) it always felt odd that of the heroines present in the games only the ones that were in about the same age range as the protagonist were pursuable while side heroines that were slightly older but had enough writing to them as characters to make them likable (and drawn just as well by artist Gentle Sasaki) weren't. From Kansen 2's Miki and Naomi to a certain tea shop owner who made quite an impression on Wataru right before the outbreak. Naturally it was quite the pleasant surprise when Kansen 5's heroines were revealed and the series finally had an older lady heroine in Makoto's adopted older sister Natsu. Sadly, this didn't continue into further games, though admittedly that can be forgiven due to Clipping Chronicle's short playtime and even if the nurse heroine Naoko had a route it wouldn't have saved Ball Buster. 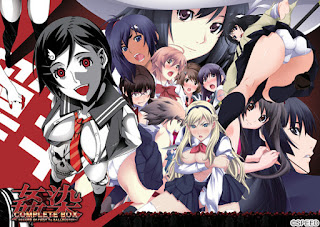 5) Let the Series be Localized
With seven games to its name Kansen is an eroge series that deserves some time to shine in the english VN front. Zombies might not be as big a thing as they used to be in the world of entertainment, but given they still have a noticeable presence in popular shows from The Walking Dead to Game of Thrones as well as games like the critically acclaimed Resident Evil 7 and the anticipated remake of Resident Evil 2 there's still something of a window for the Kansen series to come over and attract some players with its zombie premise. Admittedly, one problem to doing this is that the earlier games do show their age, which brings us to the next on our list... 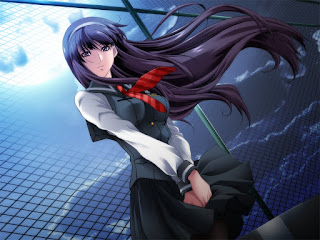 4) Remake Kansen 1 and 2
The first Kansen game is what started it all and while storywise it's still good, it does show its age on several fronts from its artwork in comparison to later games in the series to its system menus. A full on remake would be a good way to reintroduce the series to newcomers as well as make for a good reason to release some new OVAs to promote the game. It also helps that since the story still holds up,  changes on the writing front aren't really required. Still it would probably be a good idea to include some new things on that front for series veterans to enjoy like a new route/ending or two and definitely some new ero scenes.
Regarding Kansen 2, I understand that would probably take more effort and money to pull off as that game would probably require a rewrite, but I do think it would be worth it. The story had some real potential to be a tenser situation for the characters compared to the first game with them being trapped in a zombie infested mall where a safe shelter would be harder to find and maintain than in a school and having to be constantly on the move to avoid being overwhelmed by the zombie horde. To be fair the good parts of 2 did demonstrate this, especially in Maya's route, but what helped in those parts was the investment we had in the characters involved. For example we cared about Maya's plight and her growing attachment to Hiroshi because it was well built up from the start of the game. A rewrite that gives that kind of attention to other characters would do wonders like maybe make Alice seem like less of a Yuu clone and more like her own character and subsequently get us more invested in her relationship with Hiroshi or make Ryuya more of a threat to the characters than an annoyance. Still, if there is one thing I believe a Kansen 2 remake needs, aside from a much needed route for Miki, is this: please have the good end routes have their good ero scenes because having them in the bad endings only is just plan mean. 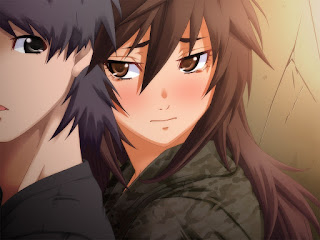 3) Fandisks for Kansen 1, 2 and 4
Seeing as these games are set during the first outbreak, it does leave the hanging question of where the characters from these games are and what's happening to them when the events of Kansen 3 and 5 take place. That alone could make for a set of interesting After Stories for each Good/True ending from those three games since that would mean unique stories for each of them. For a couple of examples, with Kansen 1's Yuu maybe after the events of the first game she becomes a professional actress and the second outbreak occurs while a movie she's in is being filmed which means she and Yasuyuki have to somehow get to safety with other members of the cast and crew. Next, with Kansen 4's Makoto maybe she and Daisuke have since gotten married and become key figures in the recovery of their hometown but when the second outbreak occurs it's up to them to rally the townspeople to somehow defend it and its non-infected citizens until help from the SDF arrives. From there for each storyline there can be choices that lead to as many normal and bad ends as needed with one correct set leading to the Good/True end. Also if the aforementioned Kansen 2 remake isn't feasible then Kansen 2 fandisk could feature a route for Miki where the story is self contained and like with the others has its choices leading to bad ends while the correct ones lead to a Good/True end. 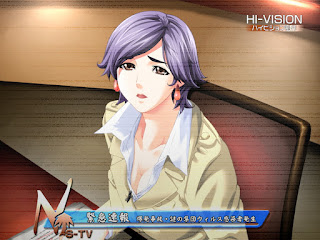 2) Change the Setting Some
While thankfully no Kansen game has had the exact same setting as the previous, it would be nice to have a story where we see the effects of the outbreak occur in someplace else besides a typical Japanese city or town. Considering the virus is supposed to be a large scale epidemic it would be interesting to see a game set in another country, maybe one near Japan that would justify having a number of Japanese characters present for either business or vacation such as South Korea, the Philippines or even the Hawaiian islands. Still I would understand why that might not be feasible as that would probably require more effort than normal on the writing and art front at least, so another possibility could be a cruise ship where the characters have to try to survive in a confined area filled with zombies with a limited supply of food and the only way to get out is to either get to the lifeboats or get to the main deck and try calling for help. 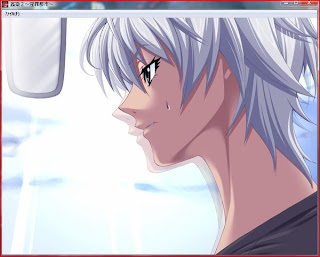 1) Games With an Adult Protagonist
All but one of the Kansen games have had one thing in common: the protagonist has been a kid in school (the exception being Ball Buster, though while its protagonist may have been older he was definitely not an adult). Considering this series’ premise, there is ample room to have more than just that. I can understand why having the protagonist be young works in so many narratives, it’s a solid way of starting so the character can grow throughout the story and have learning experiences to solidify his/her arc. The thing is you don’t necessarily have to ditch this set up, the main character can still be a young man who has to develop as the story progresses and not be a kid in school. The protagonist could be a police officer fresh out of the academy and the outbreak happens on his first day/week on the job, or he could be someone in the medical field like a nurse or doctor fresh out of medical school who ends up narrowly escaping being infected himself as the first people to catch the virus start showing up in the currently unaware of the danger hospital. The heroines could then be from the character’s social circle and if any of the heroines need to be younger and students that’s fine as the main character could know them through friends or relations. Still, all that said I wouldn’t be opposed to the possibility of a protagonist older than that; for example this could be pulled off by doing a game from the point of view of a JSDF soldier where the main character is a veteran member and if the story takes place during the first outbreak there's plenty of suspense you could get from him dealing with something that would be largely new to him experience-wise. From there the heroines could be made up of comrades from his team and whoever they end up rescuing and have to protect.

And that’s pretty much my list of things I hope to see in the Kansen series should it continue that would help freshen things up a little. A Happy Halloween to all and hopefully things will be freed up on my end so I can start writing and posting more reviews.